Teaching the fundamentals of Drawing

“In the old days, the secrets were the artist’s; now he is the first to be kept in ignorance of what he is using.” -William Holman Hunt, in an address to the London Society of Arts. 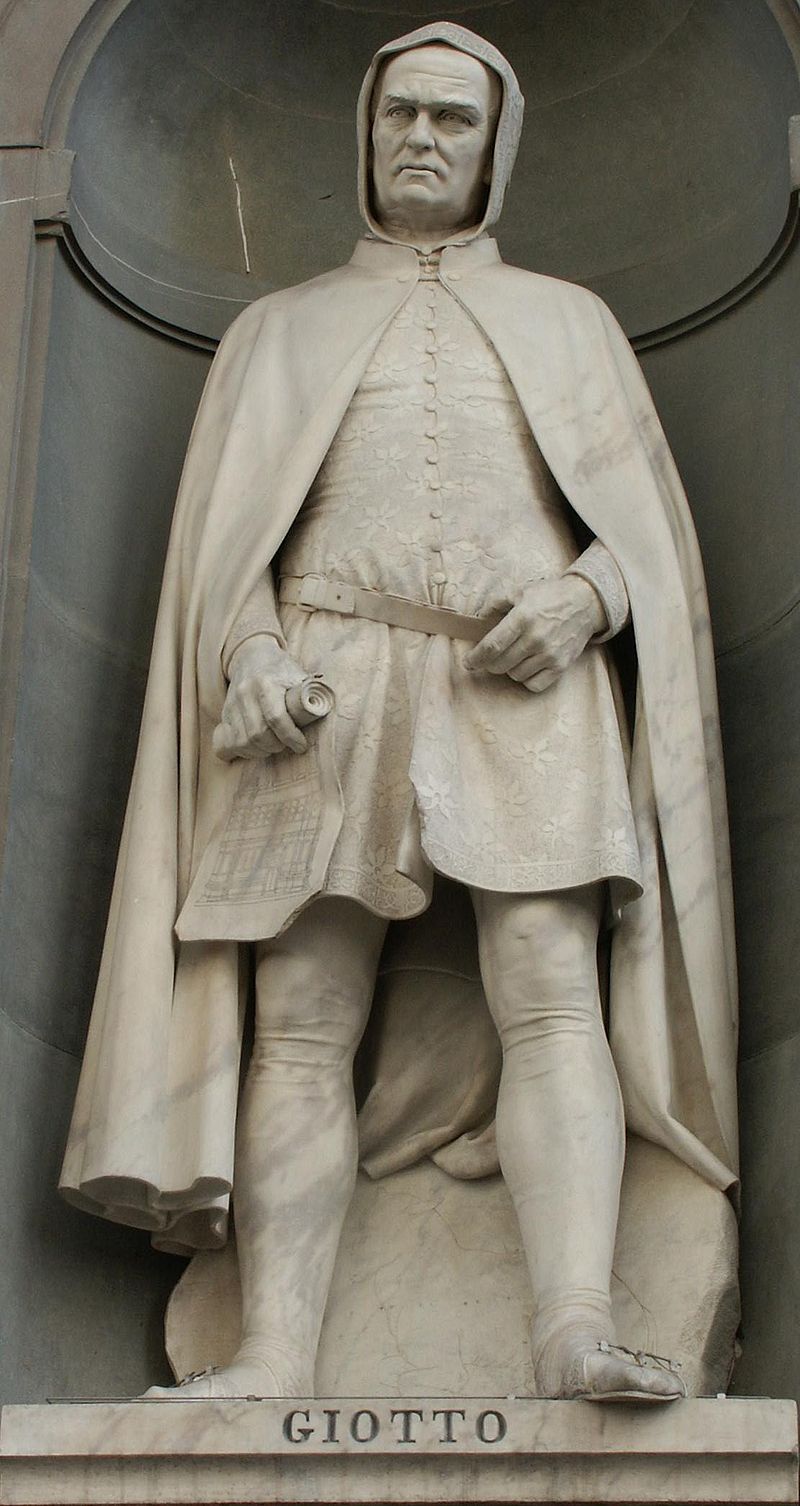 Four years ago, when I first tutored Cycle 1, I encountered Giotto for what seemed like the first time. Now, I know that can’t be true, because I had to take a number of art history classes within my art degree, but that also could mean that like so many other students, the moment I passed the test, Giotto was deleted from my brain.

Which is sad really, since Giotto’s success was partially due to the fact he was “mis-educated” in art.   As a boy, so the story goes, Giotto, like many boys his age, was helping his family by watching the livestock as they grazed. Since there’s little to do when watching the sheep, Giotto took to drawing them with a stick in the dirt, or on the rocks around him. No one told him that the “real” artists of his day used memorized patterns and set templates to draw various objects because these patterns, called “Exemplums”, were passed from master to student and studio to studio.  Giotto just drew what he saw.

And this, again, as the story goes, is where the most famous artist in all of Tuscany, Ox-Head, found him.  (his name was Cenni de Pepo, but nearly everyone, then and now, called him Cimabue–Ox Head or Bull-Head).  Cimabue recognized skill of the little boy scratching lines on rocks while sitting in the dirt and arranged for the boy to enter his studio as an apprentice.  Most apprentices were taught how to draw in the traditional style using the Exemplums which were passed around.  But Giotto had already cracked his own method of drawing, and though he learned how to use the Exemplums, he preferred to draw in his own way, and using models and life drawing when at all possible.

Once he became a fully-fledged artist, Giotto’s distinct style separated him from all his fellow artists and he broke through the old style and created something new: a style where people looked three dimensional with clothes that draped and wrapped around them, where people and angels exhibited emotions like joy and anguish.  He even played around with a style of perspective.

And it never hurt that socially, unlike Cimabue who was grouchy and difficult to work with, Giotto was known for his charm, easy-going temperament, and love of a good joke.

THE IN CLASS PROJECT

I love the “mix your own paint” project which dovetails with Giotto in “Discovering Great Artists” book by Kim Solga and MaryAnn F. Kohl.  As the quote above says, the more I study art as a working artist, the more I realize I never learned (or forgot) much about my fundamental tools.  To be fair, some of it is not longer, strictly speaking, necessary.  After all, if I want more paint, I simply purchase what I need in the quantity that I need, pre-mixed and pre-packed in a nice tube or pan. It’s the same with brushes, canvas, paper, or lots of things.

I don’t have to go to the Colormen or the Pharmacists, or Alchemists to see if they have the right rocks, or crushed insects, or dried plants, or mummy parts, (not kidding) or wine-soaked metal plates in stock so I can mix up my necessary color.  I don’t have to keep track of which pigments need to crushed for hours or which can be finished in just a few minutes.  I don’t have to track which pigments can be mixed with oil, but not egg, or vice-versa.  Pigments are generally so stable, I don’t worry about which will mix well together, and which will cause a chemical reaction with each other. I don’t have to remember which of these things will work on paper, or parchment, or wood, or plaster, and which will destroy the surface instead.

In addition to breaking art barriers, Giotto, like all his fellow artists, had to be part scientist, part chemist, part theologian (he had to know how to depict the scenes his clients wanted for their commission (which was usually in a church), and because artists just were expected to do more than paint as an artist at his time, he was also part mosaic artist, part sculptor, and part architect (because, WHY NOT)  In fact, Giotto’s final job was the capomaestro (architect-in-charge) of the Santa Maria Del Fiore cathedral building project.  This iconic cathedral which looms above Florence, has a bell tower, which was designed by Giotto and bears his name to this day. 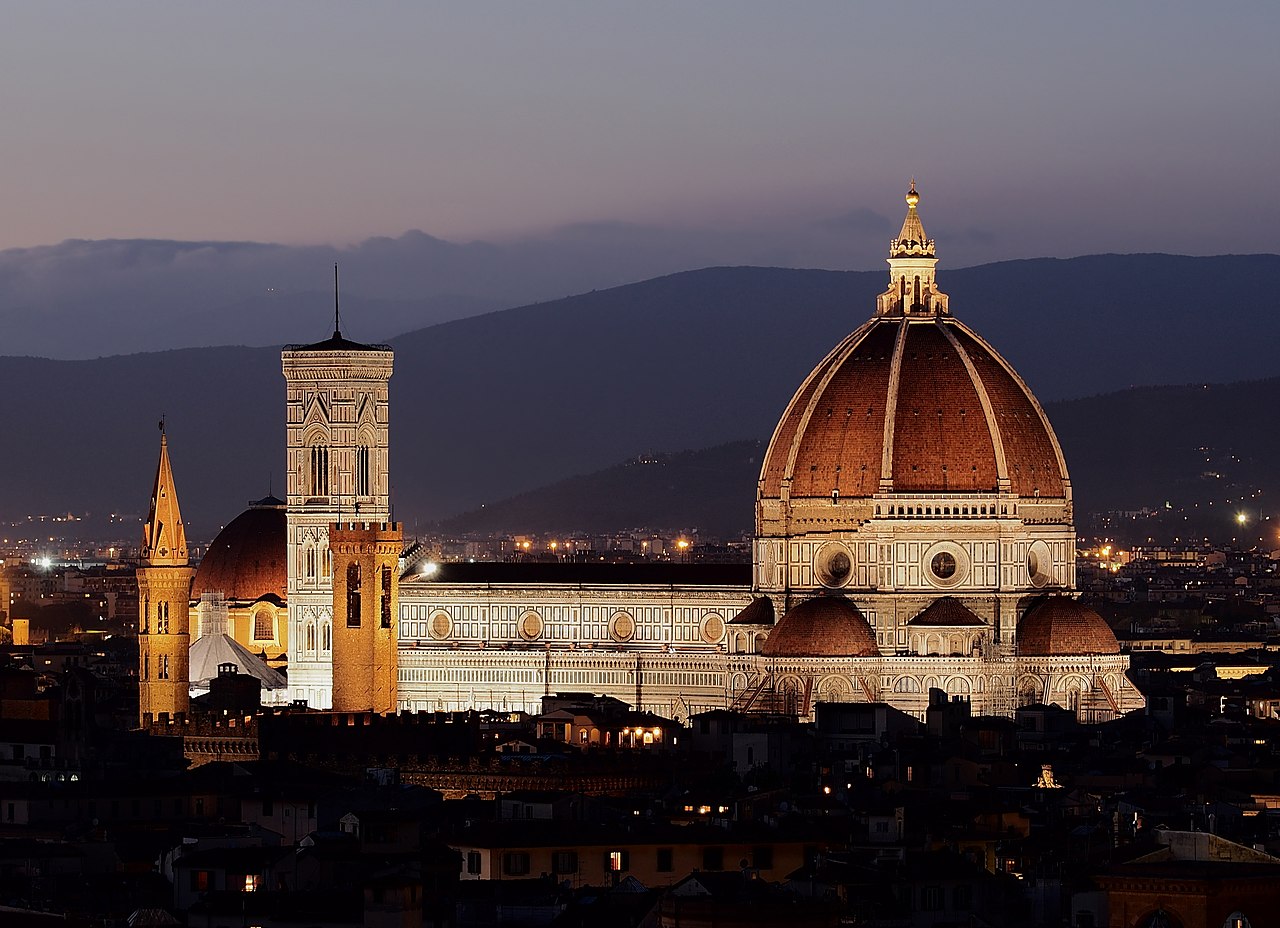 So I love bringing this DIY aspect of art to my students, and their children (because my students are really their parents). Giotto’s work included not just painting, but creating his own paints every day (which included trying to make adjacent sections match each other–Whew!

So here, I’ve created two different documents: one is a Tutor Script coupled with the Artist’s Timeline which uses the Classical Conversations Timeline Cards.  These you can use for class, and I added a section of how to set your class up for success by pre-crushing and mixing some parts of your activity.

The second is a resources packet which includes some facts about Giotto and his contemporaries, samples of Giotto’s work, and vocabulary about the parts of paint.  You can use them together, or parents can use them at home so look at more Giotto information and works.

Coming Up: I’m working on some things that combine geography with art, or timelines, but as my husband said, better to get the necessary stuff out for all of my fellow tutors and parents than have a SMASHING unit–next year, when we’re all exploring the impressionists.

Until then, check out this cute vid on Giotto form the YouTube Series “Mati and Dada”, which explores Giotto and his use of an early Renaissance for of “perspective”.  While true one-point perspective wouldn’t be developed until Filippo Brunelleschi nearly a hundred years later, Giotto was the first one to really try to create diagonal lines, or “Obliques” to create s sense of three-dimensions in a two-dimensional painting.

Made at the tip of Africa. ©